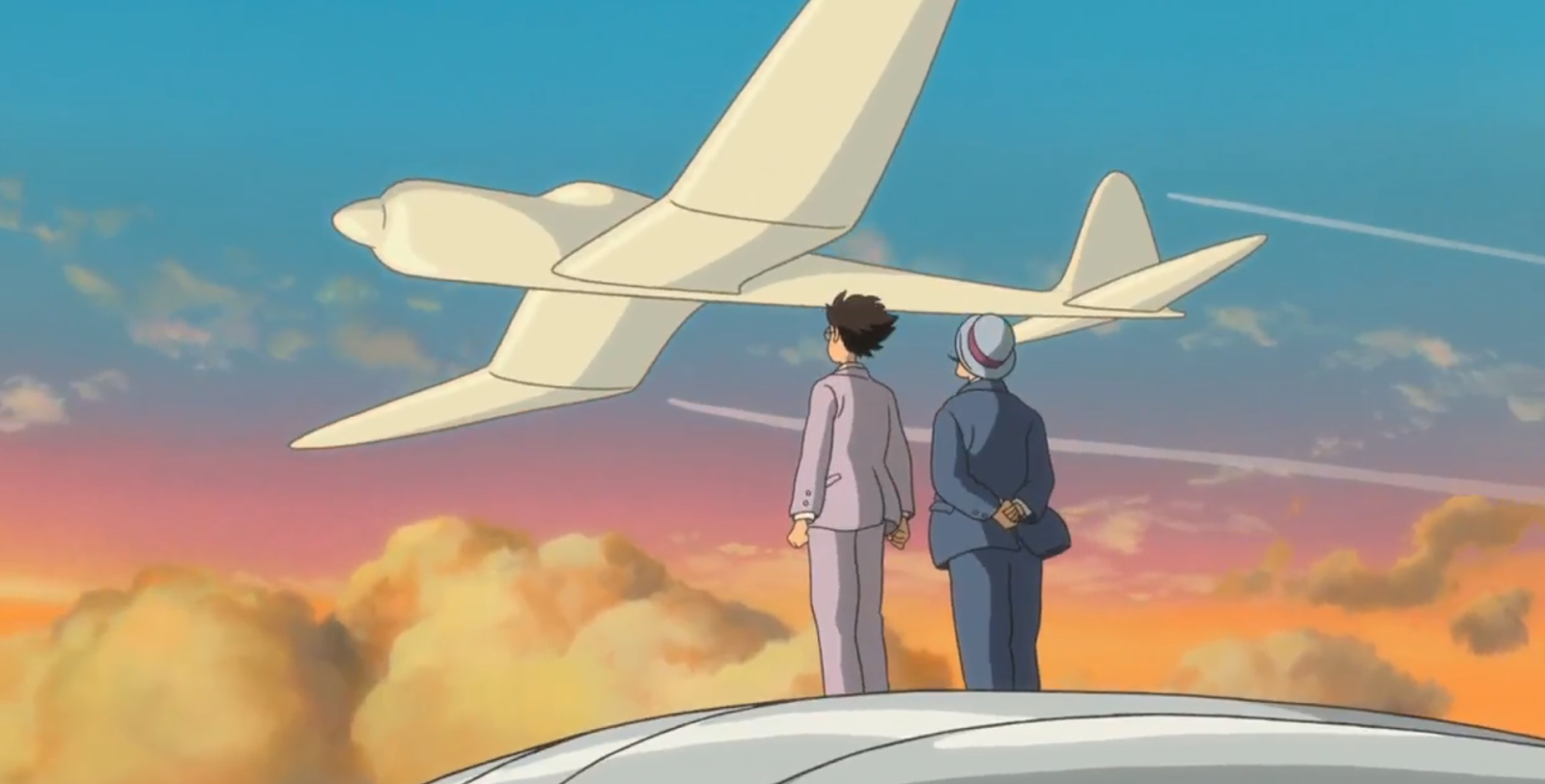 “Jiro dreams of flying and designing beautiful airplanes, inspired by the famous Italian aeronautical designer Caproni. Nearsighted from a young age and unable to be a pilot, Jiro joins a major Japanese engineering company in 1927 and becomes one of the world's most innovative and accomplished airplane designers.”

So I return to where I began.
It’s perhaps fitting that Miyazaki’s final film (at least for now) should be his most challenging and controversial, and also fitting that it should be challenging and controversial in such a soul-searching way. The Wind Rises tells the heavily fictionalized story of Jiro Hirokoshi, who designed the Zero fighter plane. Much of the early word I heard questioned the taste and intentions of what seems to be a hagiographic portrayal of a man with a deeply questionable legacy, rather than taking him to task, particularly coming from a noted pacifist like Miyazaki.
At least some of my reaction is tied up with my frequent irritation with excessive didactics and moral flagellation for the audience’s delight. Isn’t it enough that the film seems to portray Hirokoshi as a gifted and passionate, but oblivious and foolish? Maybe, but then again, maybe not, maybe that’s too abstract when you consider how much the Zero cost in lives—my grandfather, after all, was an airman in the Pacific Theatre.
What kind of stories ought be told about the horrors of war? Does the totality of the experience allow for stories of how it co-opts, subsumes, and corrupts human endeavor and creativity, stories like the one The Wind Rises seeks to tell (almost like a half-Futurist movie)? Or does the weight of death, and honestly good taste, insist our stories focus on the cost of life? Or is being just on the edge of living memory simply mean this approach is too soon? Yet when dealing with that destruction and death, how does a film maker, in particular a noted pacifist, deal with Truffaut’s truism on the impossibility of making an anti-war film, as war inevitably ends up being exciting?
How much of the disquiet in watching this film stems from that old adage on who gets to write history? Would I or others feel as conflicted if the film were about whoever designed the P-51 Mustang? Or does the aggression of Imperial Japan, its brutality in Manchuria, and, indeed, the use of forced labor in Zero construction demand condemnation? And why is it that Hirokoshi specifically ought be flagellated in favor of, say, his employer, one division of a little Japanese company named Mitsubishi?
There isn’t a definitive answer to any of these questions. But if the man’s last work prompts me to ask such questions, well, that’s hardly the worst legacy to leave.