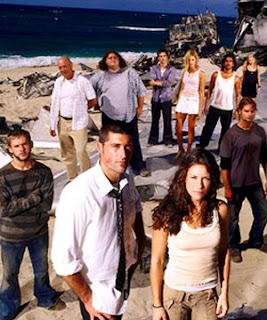 Lost is the most successful sci-fi show since The X-Files, but notorious for it's dragged out, inconclusive mysteries with answers that may not satisfy. How'd it go?


Behind the Assumption: A sprawling, philosophical, sci-fi mystery that bends time and mind with equal measure, wrapped around survivalist adventure, and splattered across a rich tapestry of diverse characters. This pushes many of my buttons.
Previous Experience: I caught the repeat airing of the premiere, and liked it a great deal, but soon lost track.
Results: As advertised, Lost was a gripping, messy, shambling, exciting and enthusiastic beast that was impossible to resist, simultaneously showing why so many imitators reach for its crown, and how they fail. Waiting, however, may have been the best way to approach the show. By the time I landed on the island, the end was in sight. The last series was in full swing as I was pushing through, at the behest of family and friends, in the hope I’d catch the last few episodes live.
With the end date set, my viewing had some breathing room for some of the excesses and dead-ends—I knew I had three and a half more seasons after I learned about Jack’s tattoos. Viewers at the time weren’t so lucky, and it was clear this cost the show viewers. Most people I talk to who abandoned the show did so in season 3, and mostly out of fear that everything would amount to nothing. I was lucky. Rather than an infuriating waste of uncertain time, I respected the notorious Nikki and Paulo episode for experimenting with ways to introduce new characters, and exploring the idea of the other survivors with its Rosencrantz and Guildenstern are Dead affectations. Coming to the show at a time when the creators had set and were initiating their plan to end the show spared me a lot of legitimate worries about the route the show was taking.
Beyond that, I’m not sure if there’s anything to be said about the show, critical and popular success that it is, that hasn’t already gone down. The hype is true, the criticisms are valid, and the power remains undiminished. It’s a bit of an anomaly in my roster, though—a massive, widely embraced mainstream success. Usually this comes with a price, and it’s a price that annoys me most of the time. Though it’s sci-fi, it’s not all that sci-fi. There’s time-travel, but it’s a nice simple time travel. It’s a form that plays very well on network TV, because it doesn’t risk looking silly, and it doesn’t risk being too confusing, often, I find, at the cost of feeling lively or smart. Lost cleared this hurdle for me, relying on the strength of its characters, the highness of its adventure, and being just sci-fi enough to make the trappings feel grounded rather than superficial.
But what truly won me over as a fan of Lost was the idea of being a fan in the truest sense. Encounters with them before I was an initiate was daunting, and yes, I’m aware of the irony, considering I have derailed parties for hours talking about String and Avon’s tortured relationship, and know the political make-up of the Scarren Empire. Devotees of Lost spoke a strange language, even by sci-fi show standards, and it’s not one made up of strange names. It’s full of concepts and theories forming some sort of Magic Eye quilt with no proper shapes on it. Numbers, electro-magnetics, Enlightenment figures, Hindu mysticism, it’s hard to find the through-line. Becoming part of the club was fun, and finding members was easy. Outdated revelations and mocking theories—Hurley planned it all, Hurley is Keyser Soze, since Hurley never loses weight he is the spirit of the Island (eerily prescient), they’ve landed on Asshole Island because they’re all assholes—that’s where the joy was. The show was good, but the people made it great.
Least Sexy Moment: Nothing over the top, but everyone does get really grungy.


All-Stars Shoe Sighting: Claire, young unwed mother, not the coolest character, but not bad.
Posted by Kel V Morris at 9:40 AM