Varric and the Concieted 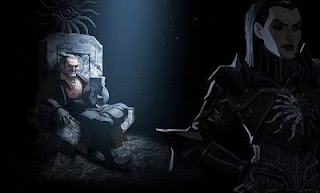 Is the time right for talk about Dragon Age II to begin in earnest? The logical conclusion of the past few years of internet chattery seem to have been reached in this game, which has the rare distinction of having a full blown backlash movement well underway before it had even been released—perhaps the first of its kind. I’m sure someone will point out some earlier case, just like how citing The Ramones as the first punk group invariably draws some wag who will pontificate on the antecedents found in The Velvet Underground, The New York Dolls, or The Stooges. But I dub those proto, as I will dub any cases of pre-backlash proto. Yes, Dragon Age II was a lightning rod, for reasons too legion, exhausting, and often stupid to enumerate. For me, I may not have liked DA2 as much as Bioware’s Mass Effect 2, and, hell, I might not have liked it as much as the original Dragon Age: Origins, but I did like it, and found it a worthy sequel. There are some criticisms I can’t argue with, or don’t particularly care to, but there are other’s I’m more than happy to push back on. Surprise, they mostly center around the story, where DA2 made some controversial choices, and, to my mind, found some fruitful ground. I have often said “If game players want better stories, they need to make themselves better readers.” Nowhere is that more apparent than in Dragon Age II.

The plot of Dragon Age II is, notably, not the classic stuff of fantasy, good and bad. There is no omnipotent force of evil looming on the horizon, and while the hero of our tale, Hawke, has a destiny, it wasn’t foretold in a prophecy written in the distant past (at least not directly), but a destiny that is a fact of history. Hawke, we quickly learn, is the focal point of an event that has turned the world on its ear, and the story we are about to experience through the game we are about to play are not, as is usual, experienced in the moment. It is, in fact, told second hand years after the fact by Varric, a companion of Hawke’s who quickly makes it clear he is not above the odd exaggeration for the sake of keeping the tale peppy, or tweaking the nose of his interrogators.

I’d hope by now, you’re thinking to yourself “So what?” And you should. The unreliable narrator is old as dirt. Yet, this device, common enough in literature, film, and television, seems to have thrown vast swaths of gamedom for a loop. I guess they all decided Realism was a good enough form, thank you, considering the vigor so many have pushed back against such basic experimentalism. 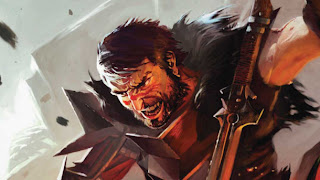 To start off on a less reactionary note, let’s consider a few of the things the Varric conceit accomplishes. As with many narratives of this sort, it lets Varric play with Hawke’s myth, but it lets the game do so as well, giving us control over ridiculously overpowered characters for a while, letting us play Varric’s tall tales before bringing us back to what passes for reality. It presents some handy foreshadowing, and creates a bit of a mystery around Hawke’s role in events (which are, of course, not determined until the end, when the player decides what that role is to be). Varric’s demeanor in his telling will change based on how he’s treated in the past, giving players a unique and fresh sort of control over the story—on a playthrough of mine, Varric’s interrogator, Cassandra seemed to be charmed and a little turned on by the story.   And while that little beat stands out, it’s an aspect of one of the two major effects of the conceit. It shows, quite clearly, the events the player is guiding have a long-rippling effect on the future—the sort of thing that usually is relegated to a brief line or two in an epilogue. Here, given the fury and desperation we see in Cassandra, we see that whatever Hawke did was a big deal.
But the primary accomplishment of the Varric conceit is that it eliminates the time compression. The events encompassed and distances spanned in the typical RPG are massive, and most are very vague about the time that passes. Many time telling techniques from other media don’t exist in games. One might make the case that the loading screen is a rough analogue to the cut, but it’s very rough indeed. With the characters almost perpetually under the player’s control, the characters in an RPG can seem to have a very busy 20 to 60 hours, resolving their tormented histories, raising armies, fulfilling quests, falling madly in love, and saving the world in that very limited amount of time. DA2, however, spreads its story across a decade, acts broken up by Varric explaining the new status quo. 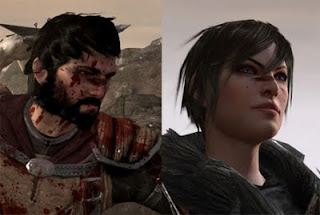 The benefit isn’t simply to account for the passage of time. In addition to quickly establishing new status quos, Bioware sprinkles character beats through each shift, snips of dialogue to the unseen events that occurred during the jump—fruitless hunts, frustrated waits, ill-advised heists. They give the characters something very few get in games: life while we aren’t watching. This is important, because it gives the relationships between Hawke, the NPCs, and the setting a history, which in turns gives them a depth and a credibility. It gave, for example, the relationship between my Hawke and saucy pirate Isabella a weight. Their joking and ribbing over an unseen night spent hiding in a ditch from angry smugglers speaks through implication to a deeper bond than the usual rush job. They become a couple with history.
I’d say that little aspect is significant, and worth developing deeper. Unfortunately, it seems like everything noteworthy about the conceit is being lost under the cries of detractors, often with cries that simply seem silly and more than a little misguided. The cudgel most often employed against DA2 is that classic old saw of high school writing instruction, “Show don’t tell.” This is usually presented as though the detractor believes it to be a lost stanza of the I Ching (“I can’t help but feel that DA2 has forgotten the first rule of writing: show don’t tell.”). But what I can’t help but feel is that Show Don’t Tell is often getting egregiously misapplied.
For some, the matter comes in the jumps in time. We are told, for example, that Hawke spent a year under indentured servitude. Likewise, in another jump, we learn that he bought a house. Shouldn’t we have played these events, the “interesting parts”, and been Shown them? A valid criticism very often, but here it seems far less so—I’m not sure how buying a house qualifies as “interesting” in this context. 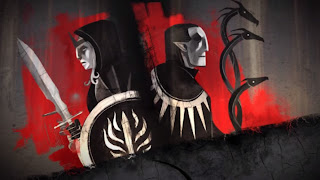 Nowhere is the dubious standard of what is interesting more dubious than in the game’s controversial opening, which finds Hawke and family as recently displaced refugees, fleeing from the destruction of their hometown—a noteworthy event from the previous game. Many are those who felt this a missed opportunity, one the game never properly recovers from. Wouldn’t it have been helpful to spend time with Hawke and his family in his hometown of Lothering, and learn what sort of person he was before disaster struck? Yes, time spent in a bucolic, pristine village, chatting with the bumpkin residents who remain unaware of the disaster on the horizon. Fantasy’s most familiar setup. I hope I’m not out of line in saying there is little this scenario can teach that isn’t already known. Ironically, players did get to see Hawke’s hometown in slightly less terrible times, in the original Dragon Age. It lived up to the reputation of such places throughout time and tale—it would be a boring place to live.
Detractors assert that opening in the peaceful-but-not-for-long Lothering would have given some backstory, not present by opening with the Hawkes in flight. What did (for simplicity’s sake, male) Hawke think of his hometown? Brother and sister? Mother? (One particularly absurd critic said of the opening “I assume this is my family.” Yes, that would be the implication behind everyone calling Leandra “Mother”.)
That strikes me as laziness, pure and simple. The joy of these sorts of games is in character creation—we’re expected to take a hand in that. I don’t need a moment where I pick my character’s feelings about home from a checklist, and neither do I need his inner monologue outwardly declared. Filling in blanks, determining often complex motives, these should be basic skills on par with finding the attack button. What does Hawke think about brother Carver? It’s never said, and it shouldn’t have to be. I guide Hawke’s dealings with Carver, and accordingly the things I guide Hawke to say, even in the midst of fighting and running, are the reflection of his or her unspoken thoughts. 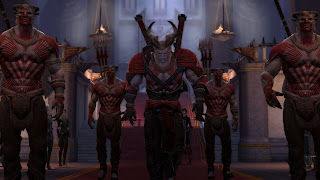 In truth, we are learning about life in Lothering for the Hawkes even as they flee from it. We never seen the patriarch of the family, and yet from their behavior it is clear his loss is not fresh. Given a moment to rest, Bethany and Carver take to sniping at each other, and Hawke cuts them off. “Please,” Mother pleads with a different sort of exhaustion, “listen to your brother.” A quick exchange rich with family detail for those willing to spend a few seconds putting the pieces together.
It seems to be a common problem, thinking there is a schism between a character moment and an action scene. But a character remains that character whether in crisis, at rest, getting drunk, buying new gear, or pitching woo. When, minutes into the game, Mother stops to bemoan all they lost, Hawke can be prodding but supportive, flippant, or demand they push ahead regardless. Is Hawke prodding but supportive because Mother is delicate? Flippant because he gets that way when he’s scared? Pushy because he saw what the darkspawn were doing to the unlucky back in Lothering? These are little grace details we should be ready and able to provide at an instant. These are our characters, and the game is a called a role-playing game for a reason.We shouldn't need validation from the game that they are canon.
In the three months since the game was released into the wild, and I’ve read many, many suggestions for how it might have been fixed. And to be sure, there is room for improvement—there’s always room for improvement. However, the alleged fixes proposed by many of the most vocal do not seem like any sort of fix, rather they seem regressions. They want a game that is more obvious, more cliché, less interesting, less unique, more common, more of the same. Instead, Dragon Age II told an unconventional story for the genre in an unconventional style for the medium. Next time, I’d like to see them go further. 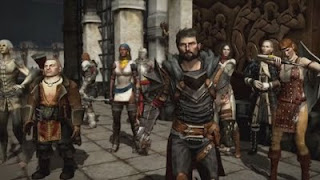