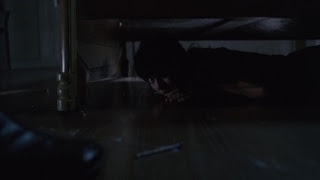 My least favorite episode of Angel is “Billy.” Odd choice, I know, to mark such a solidly middle-of-the-road episode, technically a Monster of the Week early season diversion that I wager most Angel fans only think of when prompted, as my least favorite. Conner hadn’t even been born yet! The thing that wrecks “Billy” for me isn’t a shoddy plot, weak script, or annoying characters, but rather what the episode says about gender. “Billy” was, I felt, rather insulting and more importantly, out of touch. The years since, though, may have proven me wrong. I hate being wrong, but I’ll own up to it. But worse, I also look foolish, and that, well, that I can’t abide.


“Billy” aired in October of 2001, when I was 22 and freshly out of college. The episode finds the Angel team dealing with a prisoner they were manipulated into freeing by the bad guys in a previous episode (hence why it’s only technically a Monster of the Week), a prisoner, we’re told, of such pitch-black, toxic evil and supreme danger, he’s kept in an interdimensional prison. It turns out the prisoner is the eponymous Billy, and he is a nasty dude, no doubt. His power is that, with a touch, he turns men into misogynists. Or more specifically as I recall, his touch brings the instinctive misogynist attitudes of men to the surface. This felt more than a little insulting, and it only got worse as the episode went on.
My issues may have been mitigated by a more elegant execution, but such a thing isn’t in the cards. One by one, the dudes of the Angel team get touched by Billy, and turn on Winifred. They aren’t just misogynist, they’re murderously and illogically so, stalking after wide-eyed Fred with axes while spouting off about how she’s stupid because of her gender (it should be noted, Fred had already been established as in no way stupid).
This idea that a man’s essential nature is that of a really bad Lifetime movie villain is pretty bad, but hardly the extent of my issues. For one, in a show so steeped in Lovecraftian cosmicism, Billy’s evil seemed a bit anticlimactic—an expression of an intrinsically human, societal problem requires imprisonment in an extradimensional torture chamber for eternity? Couldn’t they just give him a life sentence in a prison with only women guards? Anyway, that’s hardly the point.
My biggest issue, bigger than even the insulting nature of the threat, ties into a criticism I’d come to hold more against Buffy, especially as it would next year get mired in what I’d kindly call a problematic 6th season. The earlier days of Buffy dealt quite effectively in some vague gender issues, but the more specific it got, the more the age gulf between the writers and the characters became. The victims of Billy and Buffy’s Trio were misogynistic in a way that seemed out of time. They sneered about places in kitchens, intellectual deficiencies, and in one incident, blamed America’s decline on granting ladies the right to vote. To me, these sentiments coming from characters roughly my age, seemed terminally anachronistic. They spoke like figures from the 60’s and 70’s, a time when women were still struggling to get a new place in society, and notably, they spoke like old people from those eras. Their sneers didn’t seem chilling, but laughable. It seemed a disservice to the issue of modern misogyny to present it as if that sort of thinking was still relevant. In 2001, it seemed the problem wasn’t struggling to get that new place in society, but struggling to make it accommodating. And that presented much trickier problems than either. A similar sort of problem fells the more universally pilloried Buffy ep “Beer Bad,” when the idiot college drunks talk more like the idiot college drunks of yesteryear than any modern contemporary I knew. Point is, it seemed a disservice to current gender issues to present what could amusingly be called “a regressive take on misogyny.”
A more modern take on misogyny, I felt, would be more passive, thoughtless, and indifferent. It was best expressed by a boorish frat pig, perpetually seeking to score with the bitches, and the culture that turned a blind-eye to his behavior until something awful had happened. Not the easiest framework to villainize in a supernatural action adventure, but a neo-noir could handle it very well, as we’d see a few years later, when Veronica Mars gave us “The Rapes of Graff,” Dick Casablancas, and a running theme of leering and male gaze, all of which felt much truer to my experiences.
The fundamental point being, I believed societal attitudes followed a pattern of upward progress, reaching further towards acceptance and enlightenment. Issues didn’t go away, but they did get mitigated, which in turn created more complicated and difficult issues, but still a society decidedly more livable for everyone than the previous one. While the past issues had their death-throes, they were just that, the death-throes.
Events of the past few months are forcing me to think again. Rather than progress towards harmony and acceptance, these events seem to reflect a mindset so toxic, I think both the goons in Wakely and David Sumner would be taken aback. Was I wrong? I’d hate to think that. Was I foolishly naive? That just makes me pissed.
This is not an abrupt conclusion. In 2008, I had my first conflict with the rapidly growing rape culture in online games. I was spending most of my play time in the online Final Fantasy, which was more genteel than, say, a Call of Duty or a Halo, but still not immune. Suddenly, far fewer people were getting beaten or killed by goblins, or butchered, slaughtered, or eviscerated by goblins, or even getting their asses beaten by goblins, they were instead getting raped by goblins. It was a disquieting trend, as I was spending most of my days trying to teach rape victims critical thinking and the like, and game time was escape time, but I mostly ignored it, since if I engaged everyone who said such things, I wouldn’t have time to do anything else. But I sure as shit wasn’t going to be made a party to it.
I was in a group, leveling on mandragoras, little plant monsters that look like this: 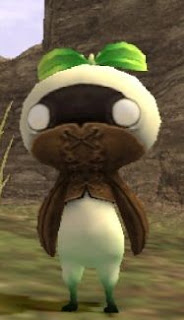 Since we were just at the upper edge of when fighting them was worthwhile, we were making quick work of the mandragoras. But that wasn’t enough for the warrior we’d just recruited, he had to declare: “Man, we raped that.”
“I didn’t,” I said. “Maybe your confidence is so broken you need to inflict your dominance over the little weed thing, but I just fought it.” Luckily, I’d been playing for a long time, I had the air of gravitas and authority, and a few friends with me, to boot. The other dude shut the hell up while in our party, which is, of course, a hollow victory at best.
Even still, this seemed to betray more thoughtlessness and ignorance than malice. He was an idiot kid, show some patience, he’ll grow up soon enough.
The past few months have seen a succession of events online that have forced me to reexamine. Game culture today seems to teem with Billys, and given both the level of vitriol and hostility they display, and the increasing importance of the internet in our daily lives, it’s getting harder and harder to dismiss them as just a few assholes and maladjusts, or their behavior as isolated. It’s annoying when any sort of story or column about gender or race issues in games became inundated with comments from Billys, betraying a lack of empathy, intellectual rigor, self-awareness, or all three. We’re all aware that the internet has dark corners where ill things grow and thinking people dare not tread, and I guess for too long we ignored them, because now what’s been growing there has metastasized, and it’s spilling out into the decent world.
A rape survivor objected to a rape joke in a popular webcomic. A writer at Bioware speculated on a game mode that would let players skip fighting sections like they already can with story sections. And most recently, a commentator took to Kickstarter in the hopes of raising funds for videos examining the tropes of women in games. They were all met with coordinated campaigns of harassment and intimidation across their online profiles—replete with encouragements to stay in the kitchen, and threats of rape and murder—in an attempt to shut these people up, so they won’t share their opinions any more. So, you see, they aren’t just making the mindset Billy was heightened to parody relevant, they’ve managed to start behaving like the parody itself.
I’m pissed about this. Back in that problematic 6th season of Buffy, my biggest problem was the Trio. They were three geeks and nerds, portrayed as ugly, sexist little toads. Like I said, one extolled that the country’s problems were directly tied to suffrage. It felt like the writers biting the hand that fed them. After all, it was the adoration of geeks and nerds made Buffy enough of a success to warrant a spinoff in Angel. Hell, who had, in the early 90’s, made Xena a recognizable reference and turned Dana Scully into a fucking icon (the bitter irony that they did so with proto-internet newsgroups is not lost on me)? No, the Trio seemed not only outdated, but also unfair. It turns out, though, that at least in 2012, this portrayal was more than fair, it was practically documentary.
It’s fortuitous that a Kickstarter is the most recent thing to draw the ire of these mollusks. It was Anita Sarkeesian’s “Tropes vs. Women in Video Games,” aiming to fund a series of videos she’d produce on that very topic, and for folks like me who are pissed off at this shit, we had a convenient, simple, and obvious way to fire back. Though the goal was a pretty modest $6000, after the story of what the slurry was doing broke, north of $150000 ended up being contributed by supporters. Some of that excess is mine, if you haven’t guessed by now, a modest middle finger against the kobolds who’d treat someone so badly, and try to stop a necessary study because they won’t like what they hear, since by the point I came in, there was funding enough for the initial project (Sarkeesian has since expanded the scope substantially). But many of us wanted to send a message.
For the cowards behind these attacks, there’s an easy explanation why I and many other dudes would react this way. We’re “White Knights,” they’d say we are. It means what it sounds like—that we’re riding in on brilliant stallions in defense of helpless girls we hope will nail us out of appreciation, when they should stick up for themselves. A lazy attempt to undercut contrary voices, it illustrates the jaundiced, malformed world-view of those who use it. For one, it’s possible to believe that anonymously contributing 0.01% of a small fortune is a legit plan for getting laid. For another, that being harassed and threatened with vile acts is character building, like having your lunch money stolen, I guess. But mostly, to these cranks, it’s unthinkable that someone in a privileged position would support someone who wasn’t, just because it was the right thing to do. There has to be an ulterior motive, because the only way people do anything is selfishly.
Most of that is a grave misreading of my motivations, though that last bit is not too out of line. I did give selfishly. I’m not outraged on behalf of the targets of these troglodytes, I’m actually outraged. I’m actually offended by these mouth-breathing, bloated little funguses who show society is not what I hoped each time they spill out from under their rocks. And I don’t think I’m going to put up with them anymore.