Waiting for Reapers: Playing the Role in an RPG 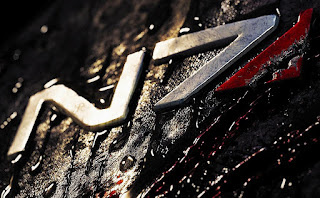 Way back when, I put forth a challenging, daring notion: that when you are playing a role playing game, you ought play the role of your character. Yeah, I know, way out in left field there. But to play a role, you need to know your character—their thoughts, attitudes, opinions, and motivations. How else can you be expected to play? It’s a dance between the writers and I, where they provide the What, and I fill in the far more interesting Why. For too many players, though, role playing is some zero-sum system reduced to rote numerology, where they are to be rewarded tangibly with both in-game doodads and a vague notion of “change”. It’s a rant I’ve been on before, so rather than repeat it, how about if I tell how it worked for me in the stunning climax of Mass Effect 2, a pulse-pounding mission wherein any and all characters can be killed through your actions, and show how it made the experience richer.

My first time through any RPG, I tend to play a character not too far from how I suspect and hope I’d behave in the situation, and ME2 was no different. Commander Richter Shepard, trained as a recon sniper, is more independent, imaginative, and smarter than the average soldier. He is a patriot, but neither a jingoist nor a supremacist. A firm believer in unity, multiculturalism and détente, he sees himself as the strong right arm of diplomacy, and takes his role as a representative of humanity on the galactic stage very seriously. He’s sympathetic and seeks understanding, eager to learn about other societies and species, and engage them on their own terms when he can. When one of his crew doubts themselves somehow, he is encouraging, when they’re certain, he’s supportive. Though he’s ready to make sacrifices, he’d rather not, but if asked, he will without hesitation. He believes in justice, but not necessarily law, and while he can speak his truth to power, he recognizes when he needs to show discretion. His tolerance for bullshit and bluster is low, and his frustration with his current circumstance is high—he doesn’t trust Cerberus, the group that saved his life and set him on this latest mission to destroy the alien Collectors, and it’s made him paranoid, though he’s taken steps to subvert what he suspects is the plan of Cerberus’ mysterious leader, the Illusive Man. This is the character I built with my choices throughout the game.
At the beginning of the end, the Normandy has crashed into the Collector base. The upgrades Sherpard made to his new ship have paid off. Despite the dogfight, the destruction of the Collector ship, and the crash, there have been no casualties. But his kidnapped crew still needs rescuing, and the Collectors need to be destroyed. Shepard believes his squad up to the task—they’re well-equipped, highly trained, and Shepard has even resolved several disputes between them, to the satisfaction of all parties. If this squad can’t do the job, there isn’t one that can. But to proceed, an expert hacker will have to infiltrate a vent shaft, allowing the two attack teams to proceed. It is, as over-eager Jacob says when he volunteers, “a suicide mission”. 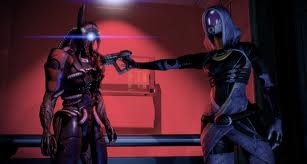 Richter has two other candidates in mind: Tali, a loyal friend from a previous mission, and Legion, a geth, a mysterious AI entity feared throughout the galaxy. Though Shepard is, as noted, smarter, more imaginative, and more understanding than most military men, he’s having a hard time with Legion—he’s destroyed hordes of geth over the years. Legion assures him those geth are “heretics” and he’s never met the “true geth”, but the AI collective represents such an alien and incomprehensible way of thinking and existing, Shepard really has no idea what to think of it. He’s not entirely sure Legion has a concept of death, or if it would matter if it did. So Legion gets tapped for the hacking job. 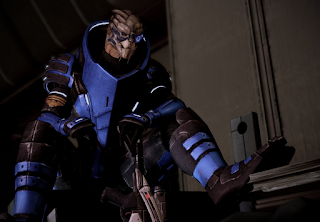 But who to lead the second attack team? The ultra-competent Miranda volunteers, but the squad doesn’t exactly trust Miranda, with her deep ties to human-supremacist extremist Cerberus. Then there’s Garrus, the Turian former cop turned vigilante, who Shepard considers his closest confidant and best friend. Garrus may doubt his ability to lead, but Shepard does not, and leaves the task to his trusted homie. But it’s more than a strategic choice—Richter was convinced Miranda was spying on him for the Illusive Man, and early on decided to ingratiate himself to her in the hopes of swaying her loyalties. In the process, he found himself relying on her battlefield skills, but also forging a much deeper relationship than either ever expected. Should the worst happen, Shepard doesn’t want to risk he and Miranda dying apart. 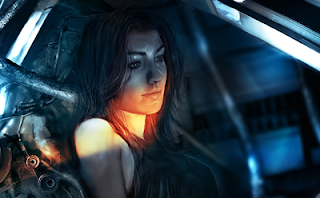 First leg of the mission is a success—Legion clears all obstacles, and Garrus leads his team through unscathed. The kidnapped crew of the Normandy is saved before they are liquefied for whatever awful purpose the Collectors serve, and the revelation of this horror has only resolved the squad’s determination. But there’s the matter of the crew. Shepard needs every squad member to make it through, but the crew, private sector technicians, engineers, medical and clerical staff will die making their way back to where the Normandy is being repaired. He refuses to abandon them, however, and has the hardened mercenary tough-ass Zaeed guide them home. 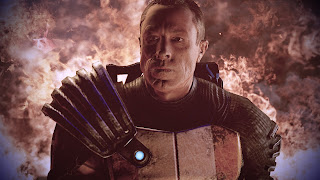 Once again, the squad must be split. Garrus will lead the diversion team down one path, but the path Shepard’s team will take is filled with deadly Collector bio-weapons called seeker swarms. A powerful biotic could create a gravity field that will keep the team safe, and Shepard has two he thinks up to the task. Samara, a powerful Asari warrior can do it, but Shepard thinks that it’s Jack who must. Jack is the victim of a horrific Cerberus program to enhance her innately strong biotic potential, and was subjected, as a child, to terrible tortures and worse traumas. But Shepard doesn’t believe she’s lost—he’s been encouraging her to deal with what happened to her in healthier ways, and this task, he hopes, will give her the chance to own her powers and use them for good. He asks Jack to maintain the field, and now the entire mission hinges on a violent, nihilistic psychopath. 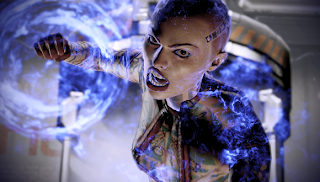 This second leg goes as smoothly as the first—Garrus leads the diversion to the rendezvous, and Jack, in a stunning display of her strength, repels a massive onslaught and saves the entire team. The core of the Collector base is a few steps away. Shepard selects Miranda and Jack for this final assault, and assigns the rest to defensive positions, and dives into the belly of the beast.
There, the Collector purpose is revealed—the abducted human colonists are being rendered into a genetic slurry to feed a new form of Reaper. In a furious battle, Shepard, Miranda, and Jack stop this atrocity, and prepare to overload the base’s core, destroying the entire base. Then, the Illusive Man steps in, remotely communicating an alternative plan. Why not rig the core to release a massive radiation pulse, killing the Collectors but leaving their incredible technology untouched?
It’s the moment Shepard knew was coming, the moment the Illusive Man’s intention became clear. This was his purpose all along, to acquire Reaper technology for his own purposes. Shepard rejects this plan without thinking twice—the base is an abomination, and there will be no benefit to keeping it. The Illusive Man turns to Miranda, his trusted aide, and insists she stop Shepard by any means. One final time, Shepard’s faith is rewarded. Miranda flatly refuses the Illusive Man’s orders and resigns her position without a moment’s hesitation. 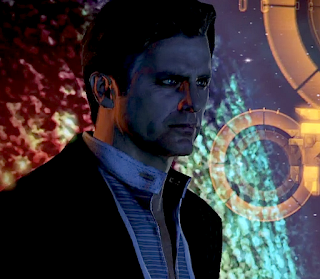 As the damage they’ve incurred begins bringing the base down around them, the squad makes a run back to the Normandy, while the surviving Collectors pursue and Harbinger, the Reaper controlling the Collectors, speaks to Shepard. “Human, you’ve changed nothing,” it sneers in belittlement. “Your species has the attention of those infinitely your greater,” but as the explosions grow, so does the being’s rage.  The defensive team arrives first, all present and accounted for, and Jack and Miranda slip aboard just as the gangway crumbles. Shepard makes a desperate leap, and is pulled safely aboard by Miranda. “You have failed! We will find another way!” Harbinger hollowly roars, before relinquishing control over his minions, abandoning the Collectors to their fate. The base is consumed in a ball of nuclear fire, the Normandy soars off to safety, and Richter Shepard smiles. In Harbinger’s fury, he heard something that must be truly alien to the eldritch monstrosity—fear.
The Suicide Mission sequence in Mass Effect 2 is one of my favorite sequences in the medium, thrilling, exciting, and potent. I played through it the first time as I described above, and was rewarded with the best possible ending, where all my beloved crew lived. It’s not just well-crafted and well-directed, but it gives real and significant choices—if the player is willing to view them that way. There is, obviously, a formula going on. All of the options I described and didn’t take, I later learned, would have led to the exact same ending. Many players demand an external validation of their choices—if there’s not a real difference between sending Tali or Legion to hack, what does it matter? But what matters is what we make of those choices. I was playing a role, a Shepard who believed in his friend Garrus, who loved and trusted Miranda, and who hoped he could help Jack overcome herself. That matters to the person who matters most—me.
On to Mass Effect 3! 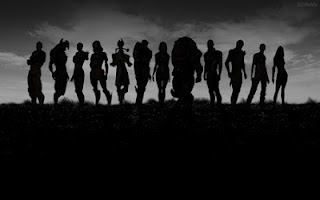