I Don’t Know, I Wasn’t There, But I’m a Human Being with a Brain, so I Have Suspicions Based on the Information I Have Gathered 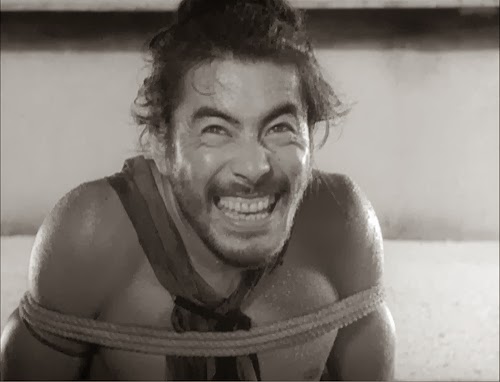 The human brain is, surely, the most wondrous thing currently known to mankind. Right now, I just opened a bottle of my favorite beer. My brain coordinated not only the entire mechanical process (while keeping me upright the whole time), it managed the impulses that drove me to get one, while retaining all the information required to acquire said beer, where I left it, where I could find more, the process by which I could get more, roughly how much more I could get balance with how much more I should, the qualities that make it my favorite, how it compares to all the other beers I have ever had, and many, many memories surrounding this beer, and it has resolved the philosophical conundrum that while I have never had this specific, individual beer before, it is my favorite, and it continued to regulate the rest of my body’s functions that ensure my continued survival, with plenty of room for a myriad of other thoughts, plans, wishes, memories, instincts, feelings, and so on. All of this, it did, while only weighing about 3 pounds. By way of contrast, the laptop I am composing this upon weighs about 3.3 pounds, and it sometimes runs at 33% capacity with just a document and a web browser running. Yet, this laptop was also designed by a brain, as was the beer, the bottle it came in, the car I drove to get it, the store I bought it in, and the economy that allowed me to buy it. I love my brain, and thus I have little patience for those who pretend theirs don’t work.

There has been a refrain all across the pop-o-sphere for the past week or so, regarding allegations levied against a titanic figure within that sphere, of “I don’t know, I wasn’t there.”  This looks like prudence and restraint. It’s the age of looking like you’re prudent and restrained. Prudence and restraint are great virtues. However, cowardice, disingenuousness, and self-delusion are not great virtues. Neither is dissembling, so I’ll speak freely: in this case, saying “I don’t know, I wasn’t there” is the statement of a coward.
That’s not to say taking any stand will earn my respect. There is a chance you will take a stance on these allegations that I will find repellant, destructive, willfully blind, and moronic. I may feel it ignorant, but it won’t be in flagrant denial of your fundamental capacities.
With 196.9 million square miles over the surface of the Earth, and the Universe believed to be 13.8 billion years old, there is a whole hell of a lot that everyone wasn’t there for and thus doesn’t know. The fantastic thing about the human brain is it can conceive of things beyond itself, it can gather data and testimony, collate, arrange, sort, regard and disregard based on criteria of infinite significance and infinitesimal scope to reach conclusions, or, at least, suspicions. And its processes are so automated, we have hardly any control over them. We don’t have to actively reach a judgment, they just happen in an instant. I was not present for the beer I have now drunk being bottled, I did not see the machine that jetted it from the tank and put the cap on. However, if someone came to me and said “You know, it wasn’t actually a machine, it was actually a tribe of gnomes who carried each drop in buckets while riding on the backs of trained dragonflies into that bottle before it was capped,” I don’t need to have witnessed anything to instantly make the call that this sounds like idiotic fucking bullshit, or, no, actually, that does sound quite credible. My brain prevents me from saying “Well, having not seen the process first hand, I must give equal consideration to these dragonfly gnomes, by which I mean I take no stance at all.”
“But,” some will say, “that isn’t fair because we only have claims from both parties, and they say opposite things. We can never know what happened.” And the last bit is true. Descartes really struggled with that skepticism, but he eventually landed on “I think, therefore I am,” which is not to say the existence of thoughts disproves the existence of an evil genie, but rather that he had two options—trust in his inner life and move forward, or remain crippled by what can never be verified. We evaluate claims, consider motives, weigh discrepancies, judge sincerities for ourselves. And we can do so with impunity. There are no tangible consequences of our judgments, beyond our own reproaches. No one’s life is in our hands, only how we see ourselves.
Uncertainty is our default state, not our refuge. It is, however, a refuge for those with something to hide. More than defenders, they’d rather have people not think at all.