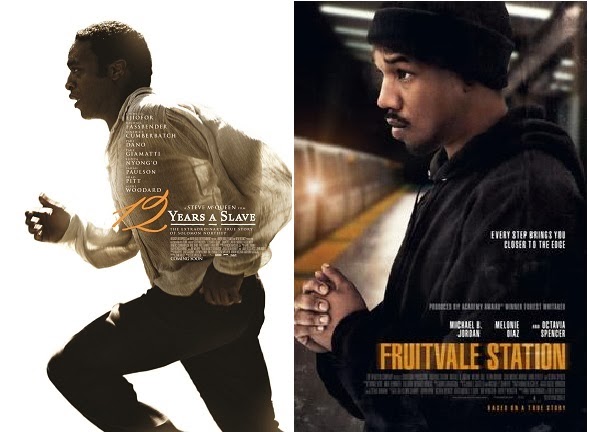 I generally read reviews after I’ve watched a film, which might seem odd, but is a natural part of my assessment process, seeing what others have to say. Obviously, this time of year, as I catch up with the prestigious and high-minded films catching awards heat, what others have to say gets more diffuse, specific and hair-splity, since in general such films have at least a base level of competence. Usually. Anyways. Two such films I made sure to catch are 12 Years a Slave and Fruitvale Station, which respectively have aggregate review scores of 96% and 94%, and one criticism I saw levied at both, from professionals and cinephiles, hinged on matters of existence. Specifically that they didn’t “say anything [the speaker] didn’t already know.” Looking at the posters for both, you might see something else they have in common. Further, if you’re familiar with the backstory of each, you might see yet another.

I now really know that much.