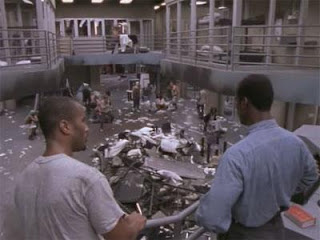 Let us return, for one final week, to worlds of rules unspoken and classes inviolate, or not. If only I’d had a little foresight, I’ve had started this sooner, but alas, as I’m sure both residents of Downton and Em City would quickly remind me, you can’t plan for everything, if you can plan for anything at all. 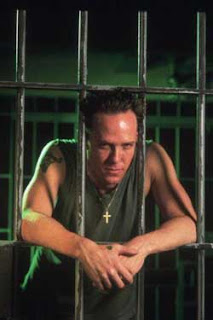 Last week, I said Ryan better start making moves, and this week he delivered. A key role in the alliance against Schillinger, and fixing boxing matches were but prelude to his machinations that kept him from being butchered for fixing those matches. It’s a masterful series of plots and plays that ends with Ryan smelling the daisy, and the Italians, who he last screwed over in the ring, indebted to him.
Despite these displays, though, he faced some stiff, stiff competition. Two things kept him on top. Firstly, he just plain got funny lines, but more significantly, I think he revealed himself as truly the best capable of surviving Oz—he’s both willing and able to navigate groups outside his own. He has, I think, significant scenes with every faction other than the Brotherhood, and while none like him much, they somehow get bent to his will. He’s a social chameleon, and as we’ll see on this list, that’s a valuable skill. 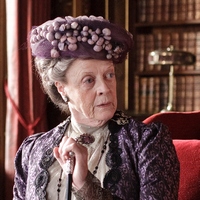 “Is that a promise?” BOOM! Headshot! No more needs saying. Come at the Dowager Countess, you best not miss.
#2s- Matthew Crawler and Adebisi 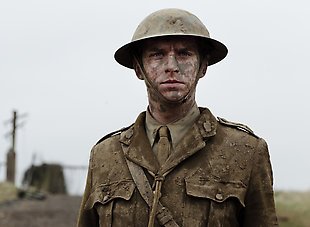 Matthew positively tears onto the ladder, demolishing the need for a dedicated POV Character bracket in the process. He’d have made a good showing had he just decked Sir Dick, but he also got over last week’s dramatics and histrionics, and and he dealt with Mary’s confession with remarkable aplomb. He doesn’t think she’s done anything that needs forgiving? Wow, it’s 1920, and Matt’s pushing sexual politics up to, like, 1930! Very progressive, and I’m glad the show characterized him this way—he seems about as un-condescending as we can expect. 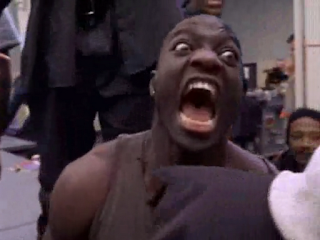 Man, here do I eat my words. A kinder, gentler, more subdued Adebisi? Not in the cards. Adebisi was nothing less than terrifying as he violently and creepily reasserted control—and even though he crippled or possibly killed most of his gang to get it, he still looks primed to keep it for a while yet. He’s even taken to styling himself as some freakish, frightening mentor, in what seems like a parody of Said. How could I have ever doubted?
#3s- Kareem Said and Lady Mary 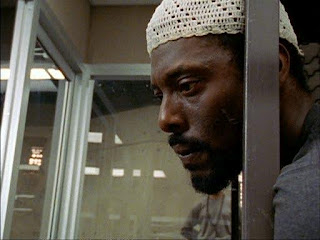 Many surprises from Said in these episodes, twists, turns, and revelations, and a fall. That it wasn’t a fall precipitated from an outside rival wasn’t a shock—the Aryans didn’t beat him down, and Admin didn’t break him, he was ousted as Imam by his own brothers. But again, that was no surprise. What is surprising is that it wasn’t his making eyes at Ross’ sister that prompted it (though they didn’t like that none), but his willingness to teach Beecher. That was quite the turn. We also got a little peek into his misty past, with a visit from his preacher sister filling in just enough backstory to be intriguing (a sister who, incidentally, approves of Said talking to white ladies no more than his Muslim brothers). But that was overshadowed by his moving tumble from power, prompted by reaching outside his group. He could have learned a trick or two from Ryan, perhaps. 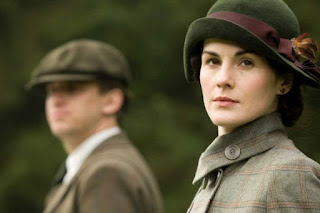 I think the fusion of Mary Super Bitch and Mary Boundless Inner-Resolve may have happened a bit this week. She was witty with her passive-aggression yet again (weighing much more in the aggression), and yet steeled herself to deal with the fallout of the Pamuk matter on all fronts—Sir Dick and the public, Lord Grantham, and Matt—not fearlessly, but resolutely, and she gets rewarded at least twice. Good show!
#4s- Mrs. Patmore and Tobias Beecher 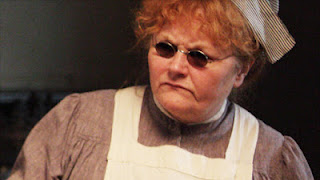 I hadn’t given Mrs. Patmore much thought, and fewer props, despite being strong and steady, and some of that has to be because, well, I hate Daisy—simpering, insipid, tedious, I could go on. It was, therefore, rather delightful to watch Mrs. Patmore exploit those traits to, dear God, I hope make Daisy less simpering, insipid, and tedious. Her scene where she wrests control of the Ouija board, using Thomas and O’Brien’s scammery for good, was great on its own. If the result, Daisy meeting with William’s father and getting some good advice and a little self-esteem, leads to Daisy becoming less annoying, so much the better. This week, Mrs. Patmore gets her props, well earned. 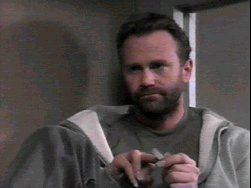 Beecher didn’t burst into the proper bracket as strongly as Matthew, but his brilliant revenge and ensuing remorse made him extra compelling. First, that revenge—stone brilliant..kinda. Seeing Schillinger’s son, he apparently remembered that the best revenge is a life well lived, and made little Andy into a better person. Again, stone brilliant, but is it too subtle? Did he both overestimate and underestimate Schillinger, and choose a form of revenge too nuance for that beast to understand properly, while also not taking into account how Vern would react? His remorse certainly implies the latter, and it’s a remorse that led him to seek guidance and spiritual fulfillment from Said. And we already know how that turns out.
#5s- Chris Keller and Thomas 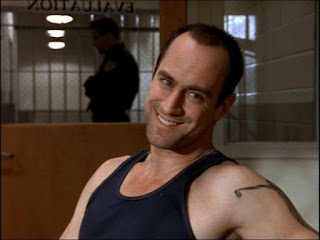 I still don’t quite know what to make of Chris Keller. He’s slippery. I think his regret over what he helped do to Beecher is legit, but everything else? I honestly can’t say. In these episodes, he seemed to channel his frustrations into messing with Sister Pete’s head, straight up perping, it seemed to me. It occurred to me, watching these scenes, that I wasn’t sure they’d revealed what crime brought Keller to Oz, but his display of manipulation here convinces me he’s much more dangerous than anyone expects. We’ll see, I’m sure. 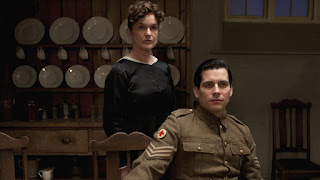 This spot was a toss-up between the perpetually and ineptly grasping Thomas, and his more coolly calculating, yet simultaneously softer partner in plotting, O’Brien. Ultimately, I give it to Thomas, because while O’Brien is clearly smarter, Thomas’s bumbling frustration and tendency to overreach were on display, and when coupled with his ill-advised dalliance in the black market, really went a long way to deepening his character. He’s still an antagonist, but not quite as hissable as he was before.
Love to Hate:  Sir Richard Carlisle and Vern Schillinger 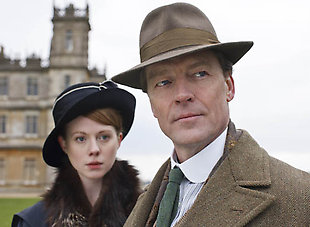 Farewell, Sir Dick. Well, maybe, I can see him coming back. He went out on a strong, with a scene that earned him a little pity, and convinced some out there that he was a good guy, and one who was greatly wronged. I’m not convinced. Despite his claim that he loved Mary, she remained, primarily, his doorway into noble society. His tragic flaw is that he doesn’t need that, but he doesn’t recognize that fact. Sir Richard has already won—he’s rich, and powerful, and respected, and he did it himself. He’s a type that will continue to rise in the 20th century, while the Lord Granthams fall. Obviously, his feelings of inadequacy were common, but that doesn’t make them less wrong and silly.
Downton Abbey’s politics are pretty askew from mine—I’m young and American, so the show’s sense of noblesse oblige and wistfulness for the same…well, it’s so alien to my way of thinking, it doesn’t even feel insulting or regressive. But in this episode, I do think Julian Fellowes hit upon a resonant and current critique through Sir Dick—the modern relationship between employer and employee. Paternalistic though it was, the relationship between the family and their servants was just that. Through Sir Dick, we see the change coming—they’re being paid, they damn well do what he says. It’s the dawn of the 1%. 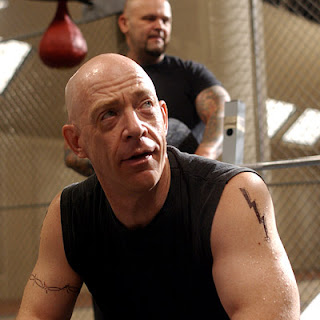 I predicted malevolence from Schillinger, but I sure didn’t expect where it’d come from. No big shock that Vern sees his sons not as sons, but as receptacles for his odious politics, but I didn’t expect he’d rather see one dead than see him abandon the White is Right philosophy (Andrew, incidentally, nearly made the list for his “We’re all shit!” rant). As I said, I’m not sure he understands Beecher’s revenge, and I’m definitely not sure how cataclysmic or not the blowback will be—the opacity of the characters is certainly a virtue of the show, it keeps me on edge. 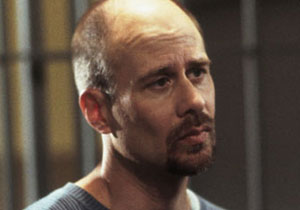 Tim got a classic 90’s storyline in these eps: sexual harassment! Sigh. 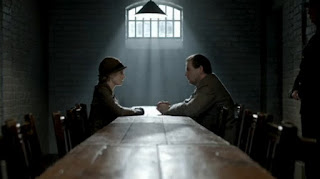 The Bates and Anna story ended upwards—I quite liked the idea of the entire house rallying about them, and Mrs. Hughs’ horrified testimony was funny. But that wasn’t enough to wash away the bad taste the Mrs. Bates story left. Hopefully Series 3 serves Bates and Anna better,
Posted by Kel V Morris at 2:44 PM