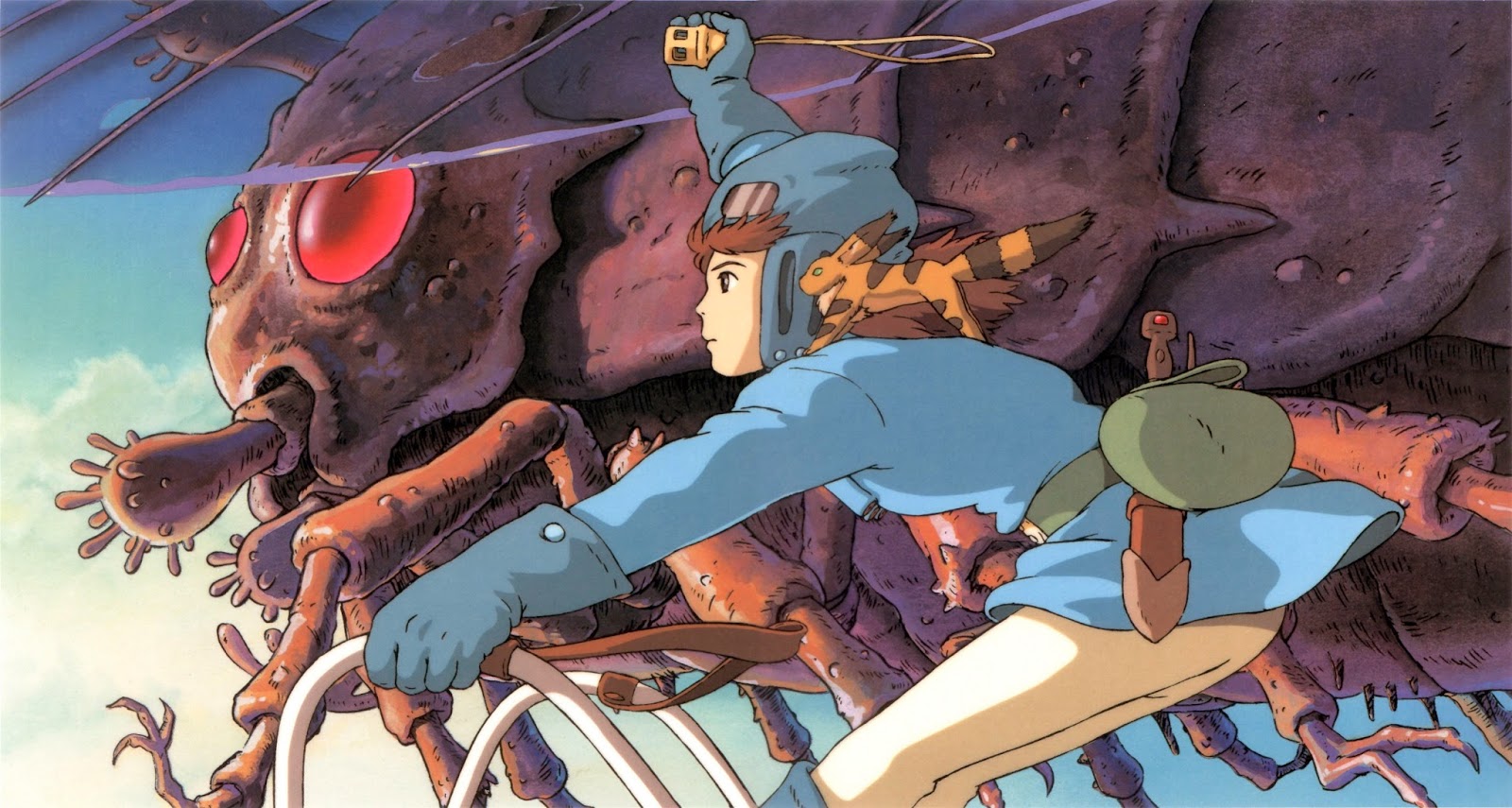 “In the far future, man has destroyed the Earth in the 'Seven Days of Fire'. Now, there are small pockets of humanity that survive. One pocket is the Valley of Wind where a princess named Nausicaä tries to understand, rather than destroy the Toxic Jungle.”


In many estimations, Nausicaa of the Valley of the Wind is the first true Miyazaki film, and even though Castle of Cagliostro is a fine film with, as I noted, many of the director’s trademarks, I see where they are coming from. It’s the film that led to the founding of Studio Ghibli, but is so much like a Ghibli film, many regard it as one. Based on a manga epic written by the man himself, it’s the first film that is wholly his creation. At the same time, it also feels the most “anime,” as an open-minded uninitiated might expect to see—a bizarre sci-fi epic full of strange sights, confounding politics, and an extensive backstory only alluded to. Once again, it shows a path not taken.
Nausicaa is a post-apocalyptic film, but a peculiarly special one. The apocalypse is manifestly and expressly environmental, but whatever disaster befell the world has not killed it. Instead of the barren wastes associated with the genre, much of the world is over taken with lethal molds, strange fungi, and killer bugs, an ever-expanding region called the toxic jungle. Humans may not be able to survive there, but the jungle itself endures just fine. Instead, humans cling precariously to what little untainted land remains, and none are more precarious than the denizens of the Valley of the Wind. While the ocean breezes hold the toxic jungles at bay, nothing can protect them from the militant rival nations on either side, certainly not their infirmed king, nor their brave princess, the eponymous Nausicaa.
In his second outing, Miyazaki outlines many of the themes he would return to time and time again in the future (many of which, as I noted, were embryonic in Cagliostro). Primarily, though, is the concern over the pointlessness of conflict. The political struggle that inevitably tromps over the Valley of the Wind seems to exist entirely for its own sake, and is laughable in light of the threat of the toxic jungle. But the struggle against the toxic jungle is no less laughable in light of how feeble the efforts of humanity are compared to the great epochs in which the natural world moves. Even Nausicaa learns early on that a strike in anger will not bring back her father or save the people who now count on her.
But for all its seriousness and epicness, Nausicaa does feature what must be the most jubilant, heartfelt Miyazaki touch, in the form of, what else, a flying machine. In this case, Nausicaa’s glider, which comes as close to flying free of any aid as a device could.
Posted by Kel V Morris at 10:39 PM

Labels: Miyazaki, Nausicaa of the Valley of the WInd