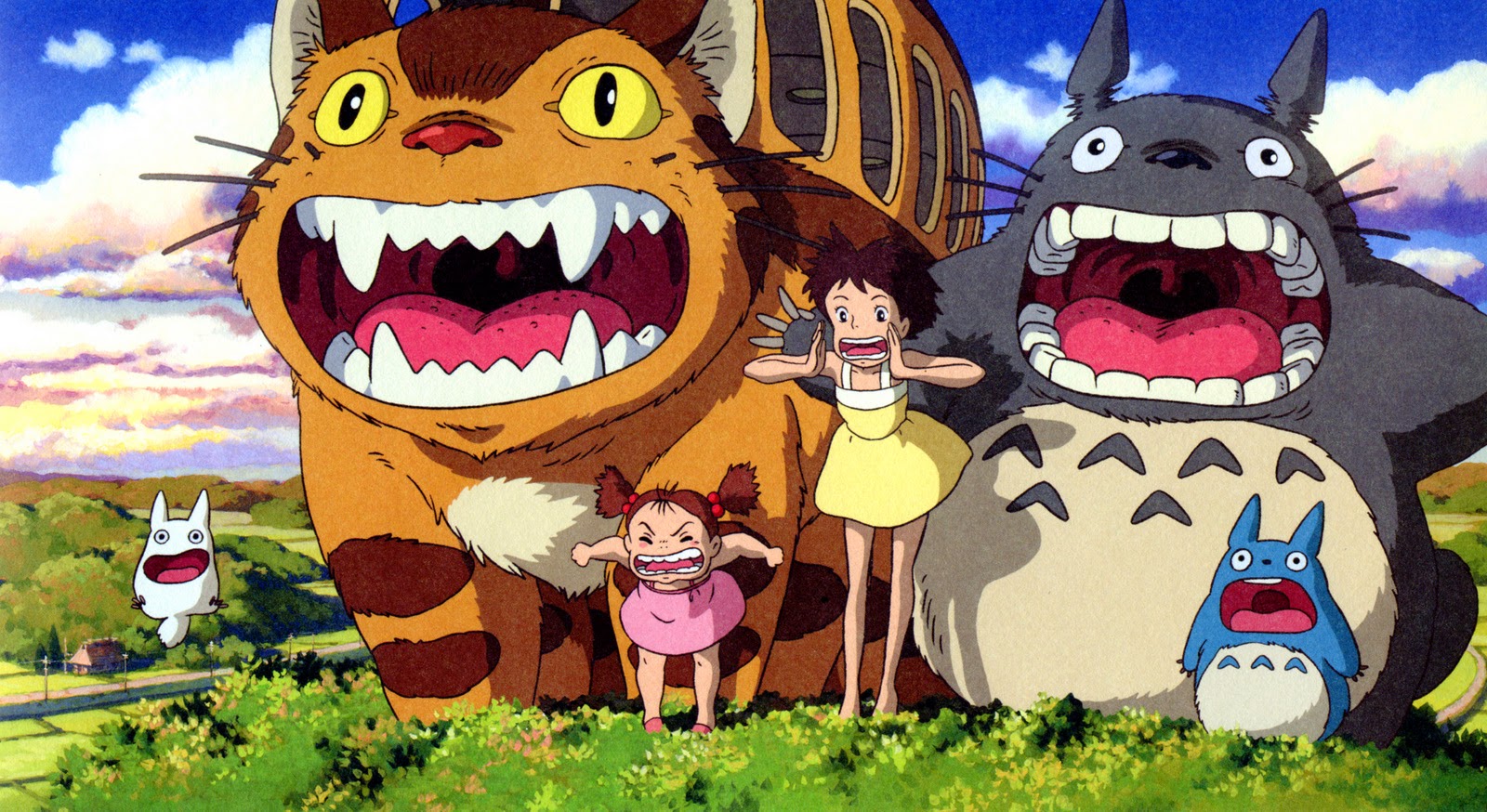 “When two girls move to the country to be near their ailing mother, they have adventures with the wondrous forest spirits who live nearby.”

Even though it includes some of Miyazaki’s most well-known creations, what stands out about My Neighbor Totoro to me is its bold plotlessness. Or perhaps it’s better to say it’s boldly indifferent to plot as we generally understand it. There is no Antagonist or Conflict as we usually think of them. It’s easy, in fact, to imagine a much more conventional kids movie version of Totoro—one doubtless involving a wicked businessman who wants to pave over the camphor tree, Satsuki having some sort of forced and precocious relationship with Kanta, and Totoro using his Totoro-bear Stare to heal the girls’ mother. But none of that happens. Not much really happens in Totoro.
That’s not a negative criticism. Totoro’s gentle meandering’s, free of overt villainy and much outside conflict feels like an accurate reflection of how most of us experienced childhood—where there is no real narrative, only experience. But it also allows the film to do something really bold, and basically be a psychological study of its two child protagonists without the usual and expected symbolism and metaphor cluttering up the joint. There’s nothing standing between Satsuki and Mei, and the stress their mother’s illness forces on their family. The conflict, when it does come, comes from within themselves as they struggle to cope with forces beyond their control and comprehension for the first time—as universal a childhood experience as there could be.
While it defiantly eschews many of the structures we take for granted, Totoro also eschews embracing either reality or ambiguity. Or, I’ll put it this odd way: The film never asks “Is this all in the girls’ combined imagination?” even though it might be. Protective forest spirits, or imaginary friends, Totoro and his crew are magical either way.
Posted by Kel V Morris at 7:52 PM