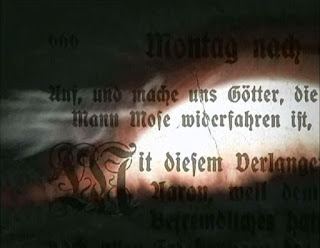 Recently, I was tasked with reading a YA vampire novel. Needless to say, I did not care for the experience, and I ended up spending a lot of time going to cases I felt dealt with similar material better, some of which I hadn’t read or watched in many a day. You can guess one of those cases pretty easily, I bet.
It put me in mind for another undertaking, whilst I await Furious 7 on the blu-ray.


Let’s get to my scheme first. I’m going to watch all of Buffy the Vampire Slayer. Some of these episodes I know backwards and forwards, some of them I haven’t seen since they first aired, and some of them I’m pretty sure I’ve never seen at all. Due to the nature of the show, some times I may elect to compose thoughts about them in a chunk, and some times I may elect to drill down on one specific episode. And God help me, I’m going to endure to the bitter end, all 7 seasons of 22 episodes each.
Some foundations and quantifiables so you may judge what sort of fan I am: I started actively watching the show somewhere in late season 4 or early season 5 and, empowered by the nascent internet fandom, reruns, and stalwart Limewire, caught up on the important stuff rather quickly. Ranking off the top of my head, I’d say probably seasons 2 or 3 are the “best,” if judged by the standard of their arcs, however season 4 may have most of the best individual episodes, and I have a weird affinity for season 5. Season 1 is a mulligan (and I don’t think I’ve seen all of it), and seasons 6 and 7 are straight up betrayals whose intermittent highs cannot overcome their terrible, terrible, terrible lows. I’m pretty sure everyone has their Worst Dressed moment in season 4, and I’m dead certain it has some of the worst musical choices—I’m looking at you, Bif Naked and Blink 182. My favorite character is Spike, despite what was done to him, my second was Anya, and my third was Giles. I don’t ship for the sake of shipping, and generally take relationships as shows present them.
Despite my love for the show, however, my preferred Turn-of-the-Millennium Genre Show with Proto-Serialization is Farscape, and my preferred Quippy Blonde Shorty in Genre Show is Veronica Mars—BtVS comes in second to these, though it undeniably casts a longer shadow than either, over culture at large, and my own tastes. Creators of the revived Doctor Who and the Avatar-verse have cited Buffy as a key influence, and, truth be told, it’s pretty doubtful Veronica would have her own show if it weren’t for Buffy. And even though they are roughly contemporaneous (Buffy beginning in ’97, and Farscape beginning in ’99), and I’d feel both arrived at their genre-savviness independently, Crichton does drop Buffy’s name (and the timeline reveals John to be an impressive early adopter).
And, to put it lightly, I have a complicated relationship with creator Joss Whedon. Widely regarded as the God and Savior of the Geekosphere, I have long found myself an apostate for questioning his presumed infallibility—I recently joked with a friend about how the best part of Avengers 2 was that it had led others to question his revered status, so I don’t feel quite so alone. Really, BtVS and spin-off Angel are the only works of his I love and feel compelled to revisit—sacred text Firefly leaves me quite cold and indifferent. I find his meta playfulness and genre nose-tweaking pretty great, but his quips can hit or miss. While BtVS represents an indisputable feminist milestone, I’ve been pretty skeptical of the man’s vaunted position as geekdom’s preeminent feminist writer, particularly as his later work seemed to veer further and further into some uncomfortable and weird fetishization, and White Knightdom. While I admire the formal experimentation and daring BtVS often displayed, I don’t think the show was built to handle some of the themes he would eventually want to explore.
But I’ve also always sensed our tastes were very closely aligned, on the micro X-Men level, and the macro level of finding that initial Buffy idea—the girl and the monster walk into an alley, and the girl is the one who emerges—immensely funny and appealing. Since I find myself in the similar position, writing for a young woman character, trying to be mindful of the pitfalls to avoid.
So, before we begin proper, let me make a few predictions. I suspect I’m going to be surprisingly high on season 1, or at least very fascinated, and wisdom will give me a greater appreciation of season 2. For a while, I was pretty sure Willow’s fashion nadir was season 4, but now I suspect it was everyone’s fashion nadir, and I know for certain it was the musical nadir (I’m looking your way, Bif Naked and Blink 182). As much as the rise of PUA and MRA hate groups, and the internet underbelly in general may make season 6’s Trio feel less like an anachronism, I’m still going to find the last two seasons hateful disasters.
Anyway, time to dive back in with the girl who saved the world a lot.
Posted by Kel V Morris at 10:40 PM