“When Will the White Community Address their Culture of Violence?” Isn’t a Joke Anymore 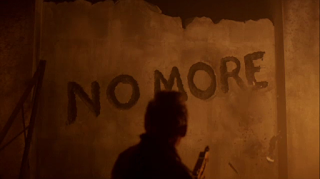 I like jokes. I particularly like jokes that are dark and pointed, and that puncture power structures and the small-minded. As such, jokes about the “White Culture of Violence” were great. It’s a really simply joke—just talk about some predominantly white incident in the same way the Right likes to do with black people, usually leading off with “When will the white community address their culture of violence?” Where are the white leaders condemning this? What of white-on-white violence? It’s all the music they listen to—‘I shot a man in Reno just to watch him die?’ Horrific! And so on. The joke, in this form, is a subversion and reversion of the narrative, meant to highlight the idiocy in the way outlets discuss black people.

This isn’t much of a joke any more.


Somewhere in the early reporting on the hate crime in Charleston, I saw I believe the Chief of Police quoted as saying the murders were “inexplicable.” Inexplicable. Really? I wondered what culture he had been watching lately. The one I’ve been shaking my head in disgust at has been spending almost a year screaming loudly and without code seeking to justify the murders of black people at the hands of cops, and when there was no justification, cried and wailed as if the cops were the oppressed minority because they’d been subjected to {gasp} criticism {faint}. I’d been watching the sort of frightening fringe rhetoric that once had to be sought out in poorly printed newsletters worm its way into mainstream news outlets, and the printer of one of those newsletters, along with his son, be taken seriously as a national political figure. I’d seen a culture that scrambles over itself to plant a flag on presumed moral high-ground by declaring “I think all lives matter,” and assumed everyone is stupid enough to miss their lie in that statement. I’d seen fundamental functions of democracy stripped from citizens, cloaked in the false fear that “those types are stealing elections!” (Certainly, it couldn’t be the bankruptcy of one’s ideology that was the issue) I’d seen the language of oppression twisted and contorted until it snapped and became meaningless. I’d seen gun companies wink at racial fears for the sake of moving more product. I’d watched prominent politicians defend these terrorist-breeding hate groups and characterize them as “Americans who differ politically,” not acknowledging that those differences were they happened to believe vast swaths of American citizens are to be murdered, because those politicians didn’t want to risk the money they take from those groups, and they figured the rest of us would be too stupid to notice again.
And then in the aftermath, I watched those venal cowards nearly break their backs, bending over backwards to ignore all context and reality and statements from the terrorist himself to find any possible reason this wasn’t the result of their own rhetoric, just to keep on pleasing those hate groups who give them money.
Inexplicable? No. And that is the white culture of violence that has me so livid I’ve hardly been able to do any personal work for a week. It’s violent in its acquiescence and its passivity and its appeasement and its smug smarminess in thinking discussing an issue is the issue and its contemptuousness in thinking we’re all a fucking dumb as it is and don’t see through this horseshit.
So no more jokes. It’s time to deal with this, because this is a case where Homer is wrong: It’s not funny, because it’ true.
Posted by Kel V Morris at 11:11 PM