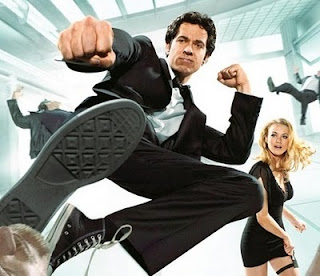 A case of epic failure on the scale of Heroes demands not a compliment, but an alternative. In this case, two of them. The scenario is this: You have a story to tell, and you tell it, and tell it well. Your show isn’t done, however. So what do you do?

Let’s say instead of a story about some extraordinary people finding themselves at the center of events that could reduce the globe to ash, unraveling events as they learn about their capabilities, your story is about a rather sad, ordinary slacker geek, thrust into the world of his dreams. There’s excitement, there’s adventure, he’s important, and best of all, there’s a girl. Turns out, just like she’s part of his dream world, he’s part of hers—stability, peace, a Thanksgiving dinner. All of it, though, remains just out of reach. Neither can be fully part of their dream world, and at the same time, the dream world keeps them apart from their ordinary one. Chuck got 2 seasons out of that dynamic, and while it wasn’t deep, it was great fun, and the creators were clearly on a path they knew well, and wrung some great moments out of their setup. And just when they’d squeezed the last drops from that setup, they blew the status quo to hell, and made the eponymous Chuck a super-spy. Consequences be damned, the story needed to move forward. Evolve or die.

There’s no denying that Chuck’s finest season was its second (currently of 4)—where season 2 was nigh onto perfect, 3 and 4 have had some missteps and rough patches. Chuck and Sarah are a couple (as of halfway through 3), and it sometimes feels like the creators were more confident with their characters feeling operatic longing than the nuts and bolts of relationship concerns. It doesn’t matter, though. Another season of pining would have killed the show, rehashing “Chuck meets a nice girl, Sarah looks sad” or “Sarah meets a super stud, Chuck struggles with inadequacy” again was simply not a fruitful path (even under the new dynamic, they went back to these wells. Things were different enough that I felt it worked, but many fans did not). Despite shaking things up, Chuck remains what Heroes failed to be—watchable. You can shake up the center, and the beloved side bits—Morgan, Jeffster, Awesome, and the majesty of John Casey—can be enough to keep things together until everything locks back into place. 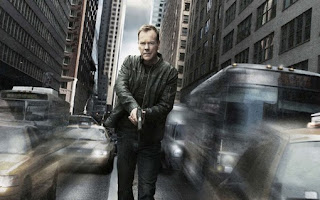 Or, they could have done what 24 did, and count on the awesomeness of Jack Bauer to carry the day. Misappropriated by stupid people to justify ugly things, not even the crushing idiocy and evil of Antonin Scalia, the suckitude of Starbuck, not even Freddie Prinz Jr. himself could diminish my enjoyment of Jack, ferociously played by Kiefer (note how both have transcended the need for last names), taking down baddies from the lowliest terrorist, to the highest captains of industry, and their political stooges. He was something no character on Heroes even attempted to be—a bona fide superhero. His power was he always saves the day. His weakness was he could never save himself. Jack was cool enough to remain compelling even when his show sucked, which it often did. No one on Heroes came close to that compelling.