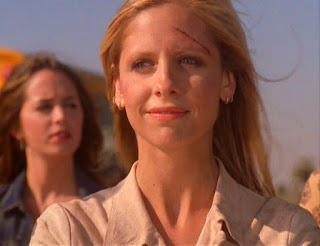 Covering “Chosen,” in which The End.

Apex Episode: The sort of mostly successful “Selfless.”
Nadir Episode: The miresome “Get It Done.”
Season 4 Costuming Theory Check In: Eh, nothing that stands out too much.
Posted by Kel V Morris at 8:24 PM