Summation, but Not: An Heir of Slayerdom 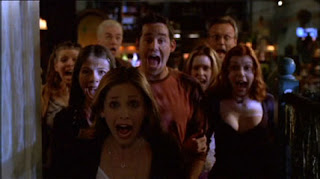 I’ve always hated summations, and one seems really egregious in this case. After all, if I had something to say, shouldn’t I have said it somewhere in the many months I spent underestimating how long this Grand Buffy project would actually take? Shouldn’t I take solace in being done? Perhaps. But I can’t help but think I’m not actually done.


The project undeniably ended on a down note, very much like the show, and that’s not exactly a surprise. Finding upon the reevaluation that Buffy’s later seasons were pretty good would have been nice, but alas the only surprise in the reevaluation was that I found season 6 vastly less infuriating than season 7. Memories are hazy, but I think, back in the day, I’d have said season 7 is marginally superior by virtue of having stuff happen in it, but that isn’t true at all, season 7 mostly features shells of beloved characters waiting around the Summers house until they can react to indistinct “plans,” with the added benefit of being about war in a way that feels antiquatedly Neo-Con. At least season 6 gave everyone something dumb and terrible to do. I also recall thinking season 7 throttles back on the grimness, dourness, and moroseness, which is also quite untrue—they’re both pretty even in that regard. Anyway, they were a drag to go through the first time over the course of 2 years, and they were a drag this time over 2 months. The sad inevitability of this project was that it was always destined to conclude with me frustrated and dispirited.
I’d rather not end things that way, though. But how to change that? The most obvious solution is to go back to the classic episodes of the Golden Age, and immediately after “Chosen,” I did just that. Still, that feels like something of a cop out. Can’t I find some way to feel up on Buffy again without looking backward?
I could just jump over to Angel, but that’s a bit cheap, yeah? Well, luckily enough, you don’t have to look very hard through today’s pop culture to see Buffy’s imprint. It casts a long and wide shadow. Buffy was a watershed, and there were a couple of them, admittedly, but still it has to be seen as a major contributor to the media of today, where genre, comic books, savvy awareness, and YA lit have all been legitimized and embraced. So obviously, I can and should pick any of the many things that are smudged with Buffy’s fingerprints post 2002. But which one? Another verbally dexterous diminutive blonde in Veronica Mars? Another tragically burdened young chosen one in Avatar: The Last Airbender? Should I even do something as audacious as attempt Twilight?
Let’s not get crazy, now.
I have been thinking, though, that while I never said such things, my reactions to season 7 may suggest I think a youth-oriented show like Buffy shouldn’t take on war and its costs as a theme for examination, or that “dour,” “heavy,” and “grim” are things they shouldn’t be, and that just isn’t true. So in considering Buffy’s legacy, I’ve decided to pay tribute to something a bit more obscure, currently running, also youth-oriented, but that executes on those themes and moods, often, for my money, better than many current explicitly adult dramas that attempt to do the same. 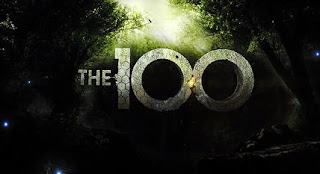 And that is The 100, a little seen sci-fi teen adventure show on the CW, the amalgam of both networks Buffy aired on. The CW continues to exist, of course, by relying upon two audiences, notorious for a loyalty as hot as blood and hard as iron—young girls, and genre geeks. So, like, tangibly, The 100 owes its existence to Buffy’s success, even though I feel the connections run far deeper than that.
I feel that while even the uninitiated know what Buffy the Vampire Slayer is, far, far, far fewer know what The 100 is all about, so some explanation is called for. And The 100 is the highest of high concepts, so the explanation takes some time. Here goes: it is the moderately distant future, and a little less than a century previous, the Earth endured a nuclear war. The last survivors reside in space on the Ark, a super space station lashed together from all those in orbit at the time, living in extreme deprivation on the promise that in another century they can return to the ground. Under such extreme conditions, all crimes committed after age 18 are punishable by death, but the Ark allows a modicum of mercy and imprisons juveniles. The eponymous 100 are these delinquents, serving time for the crimes of murder, theft, maintaining a still, outspokenness, and being born second, who are abruptly sent to the ground to determine its viability.
Needless to say, I find this a fucking killer concept.
The 100 is undeniably derivative, and wears its influences on its sleeve. It’s quite a bit of the aughts’ Battlestar Galactica, wrapped in the YA forms and conventions codified by The Hunger Games and by extension Twilight, with a healthy soupcon of the mystery, confusion, and cross-purposes of Lost, and a fair bit of the aesthetics of Fallout and thus by extension Mad Max, with a whole helluvalot of Lord of the Flies for good measure. So in its own pastiche-ish way, it perfectly represents the “I want to do this, but with this and this,” remixing ethos of the 21st century. At the same time, it is a show undeniably about Things: war, being a veteran, survival, colonialism, class and the underclass, the conflict between cultures, privilege and the maintenance of privilege—a lot of the things that Buffy in its later seasons wanted to be about but was, just fundamentally, not equipped to be about. It also defies and challenges many conventions of its inspirations, and at times in defiance of pop convention generally. At the same time, The 100 joins Buffy in being frank and mature about teenage angst, rebellion, excess, and boundary-pushing, and sexuality, while also exploring how the old exploit the young, but what’s pretty cool about The 100 is that there is a two-way street there.
Buffy is dead. And yet, into each generation there is a chosen one. Let us begin that examination anew.
Posted by Kel V Morris at 2:49 AM