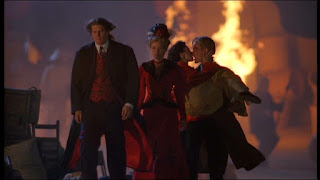 Covering “Fool for Love,” in which I know that my life makes you nervous, but I can tell you I can’t live in service.