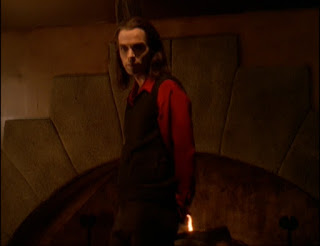 Covering “Buffy vs. Dracula” and “Real Me,” in which everyone has past relationships with new visitors.

Costuming Alert!: I remain committed and large sure of the Season 4 Theory, but I’m not going to lie, Xander came blasting into this season with a one-two combo (it would have been three if I’d gone one episode further) assault on both theory and good taste. Aloha shirts were a thing at the time, I recall, and thank sweet dancing Christ I went for the far more tasteful bowling shirt: 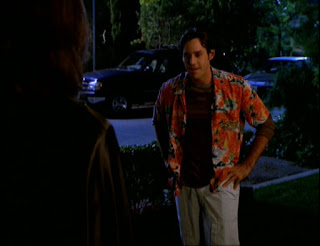 You can’t see in the pic, but there are little sparkly bits. Yes. Go and watch the episode again yourself if you don’t believe me. 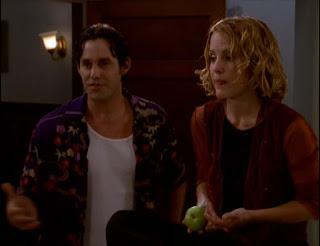 Since this has no sparkly bits, this is less of an atrocity. Slightly. Now these are both really bad. Really, really bad. Worse than season 4? Well, neither is a beige striped sweater vest over an orange shirt, so I say No.