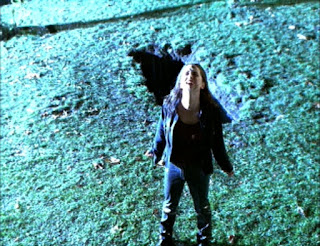 Covering “This Year’s Girl” and “Who Are You?,” in which unless it produces good deeds, it is dead and useless.

Costuming Alert!: I admit, I’m not terribly confident in my criticisms of most of these outfits. Maybe that bizarre tea cozy Willow wears is super cool? But I’m more than happy to rip into Xander, because I dressed like Xander a good two years after I should have stopped. But thank Christ thank Christ I never did this to myself: 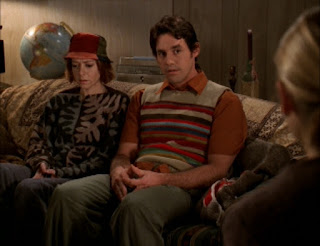 Look closely, and you’ll note the shirt is untucked. An orange, short-sleeved shirt sticking out from under his ungodly sweater vest, with olive pants? Christ, dude. Christ.
Also, shout out to Willow’s hat. It’s not a clown hat at all.