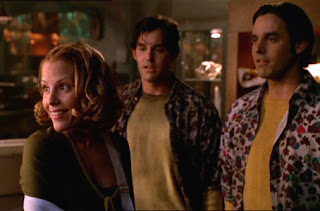 Covering “The Replacement,” in which the amorous possibilities of duplication are contemplated.

Costuming Alert!: Yes, it’s a three-peat with the dire shirts on Xander, though this one, which becomes the uniform of the weaker half, is supposed to suck mightily. Doesn’t mean full Xander didn’t think it would be a great idea to wear this to meet a new landlord, though, or wearing it at all. 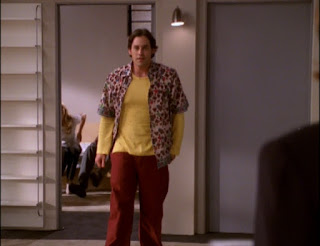