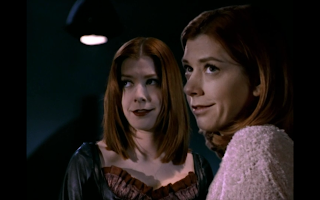 Covering “Dopplegangland,” in which a banana is eaten, lunchtime be damned.