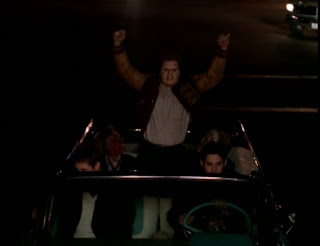 Covering “Helpless” and “The Zeppo,” in which there are no cakes, birthday or otherwise.

Costuming Alert!: The first form of the Season 4 Theory was simply that Willow was the worst dressed there, because, well, we’ll get to it. But this hat is a sign of things to come. Why are you wearing it indoors, Willow? Why? 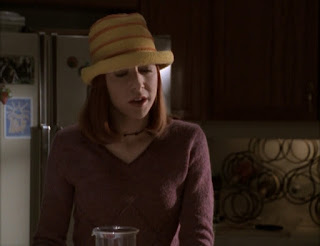